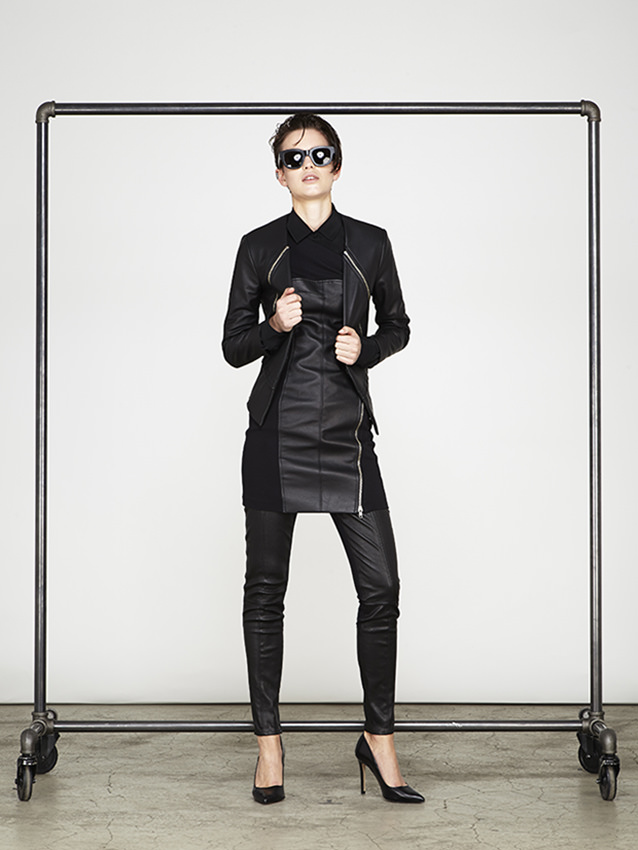 It’s a difficult task to interview someone with such enormous vision as Christopher Kulendran Thomas. The ambitious, polite rebel is now based in Peckham, South London after many years with no fixed abode–moving his work to Berlin, L.A. and Tel Aviv over the last two years. Thomas has made his name, since earning his MFA at Goldsmith’s in 2012, as an incisive communicator and cultural mediator. His discourse sits comfortably whatever the platform might be: words, gallery spaces, art works. Kulendran’s work, which he describes as an ongoing initiative, might at first appear to be inward-looking, reflecting on the machinations of the art world and the dissemination of the art product. But, it has a genuine urge to challenge socio-cultural structures from within. Whitewall caught up with him to get an insight into his probing approach and how his own heritage and upbringing have informed it.

WHITEWALL: Perhaps you could start by talking a little about “When Platitudes Become Form,” and how the idea for this ongoing project came about?

CHRISTOPHER KULENDRAN THOMAS: The work I’ve been doing takes as its materials some of the cultural consequences of 2009’s brutal war crimes in Sri Lanka and the consequent economic liberalization that has followed. I have been purchasing artworks from the resultant “peacetime” contemporary art boom there and then reframing or recontextualizing those artworks for international circulation. Incorporating these original artworks into my compositions, this continuing process, I suppose, exploits the gap between what’s considered contemporary in two different art markets and the gap between my family’s own origins and my current context. It began a few years ago as a way for me to, in some way, process the horrible violence that was happening in Sri Lanka and to face up to art’s complicity in the global forces that continue to back that kind of structural oppression and to come to terms with my distance from where my family is from.

WW: What is the process like in finding and acquiring artworks, and how do you work with the artists?

CKT: I have no contact with the artists whose work I use. I simply buy their work from the commercial galleries that represent them in the Sri Lankan capital, Colombo. These galleries opened in the immediate aftermath of the Sri Lankan civil war. That war ended in 2009 in the most brutal way that I could have imagined and Sri Lanka’s economy has been booming since then, fuelled by foreign investment from the international backers of that violence. These galleries and the artists that they represent have become regionally successful in that economic expansion and this new contemporary art market is one of the ways in which high society in Colombo masks the recent violence upon which its newfound prosperity is built.

WW: It could be said that you simultaneously occupy different roles under the title of “artist,” that you challenge what this word means.

But more generally I’m really into art, which doesn’t necessarily rely on the job title of “artist,” and I’m interested in artists that switch roles in their work. For example there’s a show on now in London by the artist Kristin Luke whose ongoing work, “The Air Inn Venice,” takes the form of a holiday rental in California which doubles up as an art space. Her show at The Agency gallery in London includes artworks, or reproductions of artworks, by the artists (Ed Fornieles, Renzo Martens, and myself) that have participated in residencies at the project space in Los Angeles.

WW: Both your approaches, in a way, could be seen as a rebellion against the parameters set by identity more broadly, but there’s also a conflict because while you ostensibly reject definitions, there’s an urge to create or re-create a single, unified form (Ganesh & Nike, etc).

CKT: I think Kristin Luke’s work confuses the distinctions between artistic and commercial operations and dissolves clear boundaries between artist, artwork, and institution. Philosophically, perhaps the underlying distinction that’s being complicated is that between subject and object and I am very sympathetic to the shift in understanding that this demands.

With the work that I’m doing, the more I make of each series, the more I buy of a particular Sri Lankan artist’s work. They could become well-selling artists through this process, with my re-formatting of their work circulating in certain networks that their work wouldn’t independently reach, but it would be not at all on their own terms. So the continuing trajectory of this operation (as I keep buying their work to make my work) seems to be intensifying the structural asymmetry between its materials, ripping apart what you see as the possibility of a unified form into a distributed rerouting of these particular networks of circulation.

I guess this is a lot to do with how power is organized. And something that has grown out of the gallery shows is a live dimension of this work based on the Brazilian theatre activist Augusto Boal’s methodology of Forum Theatre. It’s a way for communities to strategize, through performance, ways to challenge societal power structures. It typically involves reenactments of scenes from everyday life or past traumas, with actors and audience, or “spect-actors” as Boal would say, re-scripting these scenarios live to map different outcomes, a process Boal described as “simultaneous dramaturgy.”

I’m most interested in the consequences that this work could have outside the context of art in ways that are not dependent on the site of the gallery. But I’m nevertheless interested in how the gallery can be a part of that process, perhaps functioning as a discursive space within these wider fields of activity. With this work, the gallery-based shows I do provide institutional resources for the live work, which in turn provides intense affective experience to fuel the gallery-sited work. The political decision upon which this strategy is based is to work through existing platforms of capitalization rather than resist them. I suppose the horizon of this could be to redirect rather than oppose networked flows of power, capital, and desire by inhabiting and contorting the very forms that they produce.

WW: It seems like a natural consequence of being Sri Lankan on the surface outside but British by education/cultural upbringing, as in your work, it’s about making an enduring contact with that place that allows you to understand it, be part of it. But also being outside of it, you’re making it intelligible for the West, and also maybe it’s a personal process of understanding.

CKT: Absolutely. I’m doing this work from a position of great distance from where my family originates. I was born in London after my parents fled the beginnings of the racial violence in Sri Lanka. And when the civil war that followed finally ended with such brutality, I wanted to negotiate my distance from that (and its cultural aftermath) in a way that was appropriately conflicted to be truthful to my experience of that distance. Rather than contemporary art’s standard logic of multicultural remixing (from everywhere equally to project a theoretical conceptualization of equality), I’m more interested in the actuality of how power is materially organized and exercised. This is the reality that is usually covered-up by so-called “cultural exchange.”