In 1963 the Israeli-Canadian architect Moshe Safdie began designing his first project in Montreal, Habitat 67. He was just 25 years old. Leading up to Habitat 67, Safdie wrote a thesis in 1961 at McGill University entitled A Case for City Living, which stated that developers must rethink apartment buildings. He detailed how to do that with modular apartments, offering amenities that houses feature—like gardens, separate entrances, playgrounds, and public areas. In 1967, Habitat 67 opened, and changed city living.

For over five decades, his design studio, Safdie Architects, has completed projects across the globe, including the Crystal Bridges Museum of American Art in Bentonville, Arkansas; the Khalsa Heritage Centre in Punjab, India; the National Gallery of Canada; the Skirball Cultural Center in Los Angeles, California; the Yad Vashem Holocaust History Museum in Jerusalem, Israel; the United States Institute of Peace in Washington, D.C.; and Marina Bay Sands in Singapore—notably seen in the film Crazy, Rich Asians. Today, Safdie is working on new projects—like the Albert Einstein Education and Research Center in São Paulo, Brazil and the monumental Raffles City in Chongqing, China—but is reveling in the grand opening of one: Jewel Changi Airport in Singapore. The new development shines for its apex feature, the Rain Vortex, with a glass roof that funnels rainwater down through its center—now the world’s tallest indoor waterfall. Surrounding it is Forest Valley, a five-level terrace garden attraction featuring walking trails, and seating areas set amongst 200 species of plants. This indoor rainforest serves as a green oasis for the retail marketplaces that surround it. Additionally, the 150,695-square-foot Canopy Park on the top floor features glass-bottom and topiary bridge walks, a planted hedge maze, an event space for 1,000 people, and more.

Whitewall sat down with Safdie to hear about his lifelong career in architecture, how his latest projects heighten today’s city living, and what he hopes to be remembered for. WHITEWALL: Let’s start with the Jewel Changi Airport in Singapore. Your firm entered into a competition to design it, and one of the facets of the competition was to build an attraction. That ended up being Forest Valley and its Rain Vortex—the largest indoor waterfall in the world. Tell us about that.

MOSHE SAFDIE: The developer immediately thought of attractions in a sense that they’re entertainment. Like all the others, he started talking to entertainment consultants who come up with all of these ideas of dinosaurs and other variations on it. It seemed to me it would be dated as soon as it’s built. I didn’t see what it was doing at an airport, because if you go see it once, you’re not going to come back. I thought it should be something timeless that also encourages repeated visits. And that’s where I started thinking of a garden. You know, gardens have always been on my mind in a big way.

At the back of my mind, I thought if I can show how you take a million square feet of shopping and integrate it seamlessly with an amazing garden, I’m showing something that has never been done. A bazaar marketplace, a kind of mall in a sense, can cohabit with an amazing garden and complement each other. What does that mean for towns in the future? What does it mean to the future of designing the public realm in very dense cities? I thought I was creating a model that can set the precedent. I think it will.

I think people will look at that and say, “Why can’t I, in downtown Sydney, have shopping and a cultural complex with a fantastic natural garden or park?”

WW: There’s also aquarium technology built into it. You said that on a good rainy day in Singapore, 10,000 gallons of water will flow through it per minute and be reused in the building. What kind of inventions, or sheer new methods, are created to achieve this—the actual working of the mechanism?

MS: There’s technology and innovation everywhere. When the water comes through the ring on top, there’s a mechanism that breaks it up. If you want to project on it, you break it up into droplets. If you just want a sheet of water, you change the texture of the rain and the water comes down as a sheet. Even the nature of the waterfall can be adjusted.

Of course, when we pump water, we’re washing the roof with water, which certainly reduces the heating of the building. But much of the innovation also has to do with climate control, getting the right light level for the plants, not overheating a building full of people, and misting the plants so they don’t get dusty and dirty. We have misters and artificial rain. The technology of planting in the building is very advanced here.

When you do projects of this scale and complexity, you’re solving problems.

WW: Sustainability has become a hot topic over the years, but you’ve been designing environmentally friendly structures and communities since the sixties. What’s changed?

MS: The idea of nature as part of our living experience began with Habitat. “For everyone a garden” was the motto. I even wrote a book entitled For Everyone a Garden. That’s about nature.

We were doing it before it became a hot topic. We were doing it as second nature. We didn’t do glass buildings without shading in a hot climate. Responsible design does that.

What is new about it is that there are things you can do today to improve things that cost money up front. Geothermal, for example, or generating electricity through photovoltaic cells. When you do some of those big measures, the client has to put up millions of dollars up front, but they’ll pay themselves in five to ten years, and not all clients are prepared to.

WW: For the next generation of development and mixed-use properties, what do you think of indoor-outdoor living? What must be included to make a successful mixed-use development?

MS: Some things don’t change, like doing projects that are easy to find your way around, that are self-orienting, doing projects that connect to the city seamlessly so they feel like part of the city and not apart from the city. That means putting residential where the light might be best, and the views are good, and putting office spaces in places where we can aggregate the space and relate it to the public.

What’s ahead of us is that these are going to be quite dense—even denser than today. I am interested in how we can bring nature in every level and in every subtle way—outdoor spaces, indoor spaces. Putting nature and light into these complexes. That’s going to take physical innovation in terms of the massing of buildings, but it’s also going to take some innovation in terms of new materials and methods that allow you to have convertible spaces—open them, close them—and make them more responsive to the seasons and the climate.

WW: When you’re building an entirely new neighborhood, what do you take into consideration?

MS: You have to understand how a community works. You have to believe in communities and understand how they stick. Habitat is a great community. They talk to each other. You could ask why, because every apartment building in Montreal doesn’t have that. They may meet in elevators, lobbies, maybe the gym or the swimming pool, or a corridor, and don’t talk to them. But there’s something about Habitat’s extruded apartment building where everybody leads their own life. Everybody’s part of a community. I think the physical building anticipated it and facilitated it.

WW: You’ve always created spaces that were responsive to the environment. What do you hope for the public to understand about this type of living?

MS: The public, who are our clients, are the ultimate user and judge. We need to communicate the difference between sensational architecture—that catches your eye and you go “wow,” and you never want to go back—and architecture that is timeless; that sustains and enriches life. Maybe it’s not a “wow,” but it’s many little wows over time.

Architecture has been corrupted by a desire for instant notoriety and sensation. My role as an architect is to resist it. That doesn’t mean my projects aren’t “wow” or triple-“wow” but it’s not “wow” over something that’s fading. It’s about the idea of a great garden and park in the sky. It’s about big ideas that have longevity. I think that’s ahead of us. It’s in part an educational task; education also within our profession.

WW: If you were to look back at your career, what would you hope to be known for? 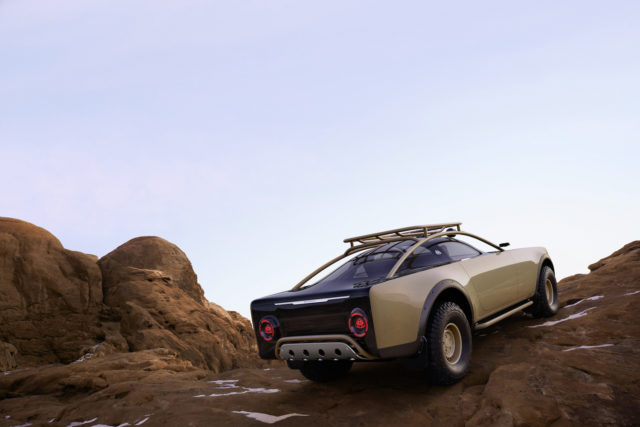